While perusing the dollar spot at Target last week, John and I came across a bin of plastic animals. As we started to play with them, we noticed the cow had both udders and horns. Laughing, we made some jokes about the cute hermaphrodite cow and how progressive Target is.

Well, fast forward a week and I still found myself thinking about the cow with both a set of horns and a pink udder. He/She was calling out to me, wanting to be adopted. Late last night, I finally broke down and went to rescue he/she from the bin of mocking animals. 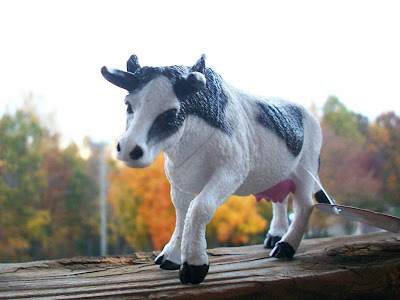 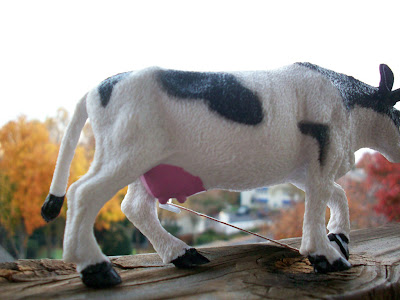 Let's get a close up on the awesome pink udder. 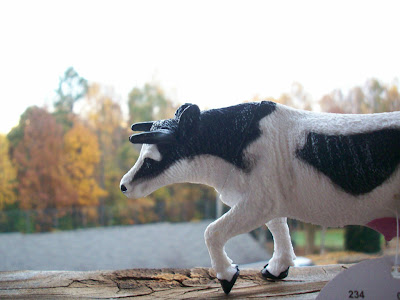 As I was picking out Pat (or Chris), I realized I couldn't just bring home a single plastic cow, even if it was a hermaphrodite. That would just be silly. He/she needed some friends, a plastic menagerie if you will. 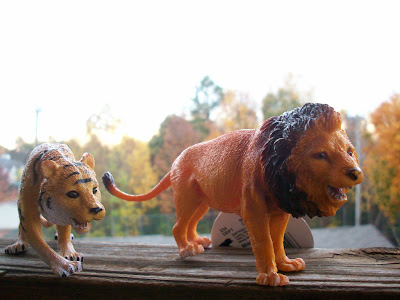 Of course, at first they were a little shocked by Pat (or Chris). They, like John, weren't sure how to refer to him/her and they came across as a tad bit judgmental. 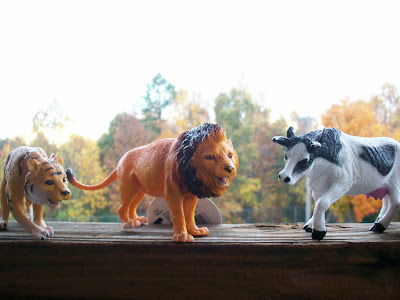 Now, after getting to know one other, they are best buds for life. Which is good because after some paint they will be on display together as my famous plastic menagerie that includes a hermaphrodite cow.
I did do some research online (7 seconds of googling) and discovered that there are a couple breeds of cows that do have both horns and udders. Who knew the Danish Red, the White Park, and the Texas Longhorn cows were so manly! Regardless, I'd still like to refer to Pat (or Chris) as a hermaphrodite. It makes me giggle and I enjoy having a diverse plastic menagerie.

Posted by Kristen at 8:29 AM
Email ThisBlogThis!Share to TwitterShare to FacebookShare to Pinterest

Buwahahahahaha. I love it. I love it more that, in a bin of plastic animals, you noticed something like that. And THEN had to make it yours. Too funny.

You crack me up! Keep your eye on Pat/Chris because that lion looks hungry.

Just a little FYI, both female and male cattle can have horns. They are either mechanically dehorned as young calves or they are born polled (naturally hornless). So hate to spoil your fun, but this cow is anatomically correct.

This post reminds me of the movie "Pat." Everytime I mention it, no one knows what the heck I am talking about, but it is based on the Saturday Night Live character Pat, who could pass as either male or female by the way he/she looks, talks, and dresses. Someone tell me that they have seen this movie and I am not insane! Ha ha ha.